The Šumava, which is the Czech name for the Bohemian Forest, is currently the largest natural wilderness area in the central European cultural landscape. Since the half of the 20th century the most valuable parts of the Bohemian Forest were recognized by nature conservationists as national parks (NP) – there was declared the first German NP already in 1970 (the Bavarian Forest National Park) which was largely extended in 1997 (present area of 24,218 ha). The neighbouring Šumava Protected Landscape Area (PLA) was declared on the Czech side in 1963 (total area of 167,688 ha), and on its territory the Šumava National Park was established in 1991 (68,064 ha). This step has gradually caused series of conflicts between nature protectionists with (not only) local inhabitants and enterprises and this situation appeared to have no solution over more than two decades (Křenová, Vrba, 2014).

History of the population of the area

Social conditions of the region have been worsening in several stages resulting in a distorted social structure. Since a population peak in the second half of the 19th century, the local inhabitants have been declining in number until WWII; after 1945, most of the original residents (of German nationality) were displaced from the Czech part of the Bohemian Forest. Many villages in the frontier area were abandoned, often even intentionally destroyed while the others were resettled with newcomers that were not familiar with sustainable life in this mountain region. Under the communist regime (till 1990) there was also closed frontier zone spreading over the majority of the mountain region where entry for civilian visitors was not permitted. This was also one of the reasons that the natural value remained untouched here. For more information see (NP ŠUMAVA/History)

General problems of the region are source of conflicts.(GEO Group, 2002).

Currently there are ongoing discussions about an appropriate management of the forests, i.e. ‘non-intervention’ management versus ‘necessary’ bark-beetle combat. Šumava National Park has been established by the Czech Government Regulation No. 163/1991 of March 20, 1991. Its Article 4 outlines zonation into 3 zones according to the natural values and hence differentiated management of the protected phenomena. In the Zone 1 are strictly natural areas where human intervention is limited; area belonging under this Zone has been subject of discussions (significantly reduced in 1995; after critique of the IUCN extension was proposed by the Šumava NP Authority which was not officially approved). As the bark beetle infestation appeared in this Zone, these discussions eventually developed into the battle between nature protection oriented NGOs and representatives of municipalities who insisted on cutting down the affected trees.

In the period 1998–2001 the most strictly protected Zone 1 of the Šumava national park was logged in by the relevant authority (decision was accompanied by democratic process of decision-making) – the reason was to control bark beetle infestation, but finally the situation was opposite, the infestation increased. In 1998 the Park Authority requested exemption from the legal protection regime which was approved by the Ministry of Environment in spite of numerous protests by NGOs (annual administrative appeals to the Ministry have failed, as well as appeal to the High Court, Constitutional Court and National Environmental Monitoring Agency) (Humlíčková, 2008), see also other resources (here Crowdvoice, etc.).

To cope with the regional development problems, social issues (as sources of conflict) should be also addressed. Social structure with most important stakeholders see (GEO Group, 2002)); following overview of actors is cited from (Křenová, Vrba, 2014)

Vulnerable to political (often non-supporting nature protection) interests. Often changing directors of the Park (9 directors in 22 years; in contrast on the German side – 3rd director in 43 year history). Management is not consistent and even legal framework has been changing.

Under such circumstances, the Šumava NP Council does not create a favourable environment for creative and responsible cooperation between the local representatives and the NP Authority. Mayors of all the municipalities with an area within the NP territory, together with representatives of the two administrative regions and the mountain rescue service, are mandatory members of the Council. These 25 members in total form a relevant majority of the Council. The Council indeed is supposed to negotiate strategic documents of the national park, such as zoning, management plan, or visitor regulation. Instead of approving knowledge-based and science-wise solutions for nature conservation and sustainable life, the Council has become a ‘board of regional regents’ without any accountability. Some full-time mayors often used to act, more or less deliberately, as latent lobbyists for hidden entrepreneurs, developers, or land owners. Some of the Council meetings have served only for tasking the NP directors, or for formal approval of documents fulfilling wishes of regional politicians and developers. The number of scientists, complaining against these practices, was reduced by the political director two years ago to be able control the majority in the Council. The obligatory Council setup in fact allows for overbalancing of such hidden interests and often overrules actual nature conservation in the Šumava NP if the director is not tough enough or even is proactive.

During the entire history of the Šumava NP, the Protected Landscape Authority has largely focused on the NP agenda, such as forestry and pest control, zoning and visitor regulation. Curiously, the Authority has hardly fulfilled the predetermination of the PLA territory as an actual buffer zone for the NP. For instance, the management plans of the NP and PLA have been largely incompatible, sometimes indeed applying contradictory measures to similar habitats, and have never been synchronised either. Similarly, the Authority has so far given up applying the status of the Šumava BR to the joint NP and PLA territory. An obvious reason is the fact that the BR has got no legal framework in the national legislation and, thus, neither financial nor personal support by the Ministry of the Environment or the Czech Government. In our opinion, the UNESCO BR concept would be a good framework for solving the most controversial issues and an excellent tool for sustainable tourism and overall development of the entire region. As a matter of fact, the existence of the Šumava NP represents a great tourism potential not only for the six villages located within the NP or others in its territory but for many other municipalities in the Bohemian Forest region. The Šumava NP and PLA Authority, however, has not made a serious attempt to implement the UNESCO BR concept in the region in the past 23 years. The Šumava NP and PLA Authority and the representatives of local municipalities have never become reliable partners. Since the very beginning, the Authority continued its, rather restrictive, nature conservation approach, often neglecting and ignoring problems and expectations of local people, who largely used to rely on the state paternalism in the past. It took a decade or so before the Authority gradually changed its approach that failed either. Thus, in consequence, the local representatives – largely unready for the new situation in the 1990s, i.e., overall political and social changes in the country, opening of the national border, closure of the military training area, and establishment of the Šumava NP – have easily learnt to say: ‘we would like to do this and that, but we cannot do it because of the NP obstacles’. Under such circumstances, the Šumava NP Council does not create a favourable environment for creative and responsible cooperation between the local representatives and the NP Authority. Local people’s expectations and municipalities’ tasks have often gone far beyond the real power of the Šumava NP and PLA Authority. Though it should be rather a partner than a leader in regional development, the Authority has frequently organised (and even funded from its own resources in the past) many regional infrastructures and activities within the Czech Bohemian Forest, such as public transportation by green buses, winter maintenance of white trails for cross-country skiing, or building of cycle tracks.

The largest parts, including some core zones and long-term reserves, are owned by the municipalities of Kašperské Hory (4,916 ha) and Volary (971 ha). Unfortunately, their management activities often miss nature conservation standards. Indeed, their efforts for excluding the forests from the NP territory have currently increased. Furthermore, regional governments took responsibility and control over the regions established in 2000. Though the Šumava NP has clearly been under the jurisdiction of the Ministry of the Environment, both the regional governments have applied common infringement on the NP forestry, nature conservation, regional development, etc. Regardless of many other development and administrative challenges in the South Bohemian region, regional politicians (inspirited by developers) have focused their main attention inside the Šumava NP and proposed controversial activities, such as a new ski lift and piste in the core zone of the NP, or commercial canoeing in a unique pearl mussel habitat.

Former municipal forests (up to 9% of the territory) were restituted by former owners (municipalities) after lobbying. The owners became eligible for financial compensations of decrement income, yet escalating their complaints on ‘unjust bark beetle combat’ in surrounding NP forests. They have own plans which do not respect nature conservation standards.

There exists strategy for sustainable tourism development that has been developed within a participatory process with a wide range of stakeholders, including regional governments, the regional development agency, local communities, protected areas administrations and hotel owners that together defined their joint vision of future tourism development in the region. The strategy aims at defining opportunities of sound tourism development reflecting changes in social trends and tendencies, newly emerging tourism activities, the potential of the natural and cultural resources of the region, the tourism market and the legal and management frameworks (RDA, 2007).

Tourism opportunities have been mapped (Information server ŠumavaNet.CZ) and exposed to the criteria for sustainable tourism (Ecological Tourism in Europe and UNESCO MaB, 2007). In spite of these endeavours, PLA management failed to develop opportunities for ecotourism (Johnstone, 2014).

Inhabitants of the Prášily village rely on tourism bussinesses; however, they have very diverse attitudes for tourism development (see the results of preliminary research). To investigate potential for and criteria of sustainable tourism in this area, consequent research more specifically addressed sustainable tourism indicators.

Sustainable tourism indicators in the region

In contrast to the quantitative indicators usually used (Görner, Čihař, 2012), qualitative aproach based on criteria of sustainable tourism, as in (Ecological Tourism in Europe and UNESCO MaB, 2007) was applied by the Iceland & Czech research team within the EEA project (methodological overview presented here). Thus, participatory processess were initiated to take into account stakeholders' views and interests, and indicators developed that specifically reflect the needs and specifics of the region and its inhabitants. 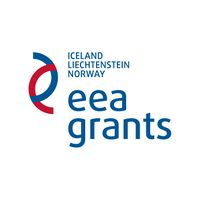